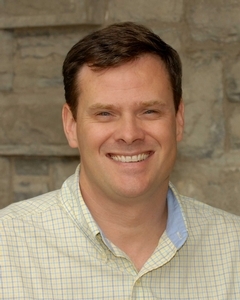 Professor Klinkner's teaching and research focuses on American politics, especially political parties and elections, race and American politics, and American political history. Among the courses he teaches are American Political Process (Government 116), the American Electoral Process (Government 329), and Race and American Democracy (Government 340). He was also the director of the Arthur Levitt Public Affairs Center at Hamilton. Professor Klinkner received his B.A. in Politics from Lake Forest College in 1985 and his Ph.D. in Political Science from Yale University in 1992. In 1995, he received the Emerging Scholar Award from the Political Organizations and Parties section of the American Political Science Association. In 1990-1991, he was a Research Fellow at the Brookings Institution in Washington, D.C.

Professor Klinkner's most recent book is The Unsteady March: The Rise and Decline of Racial Equality in America (with Rogers Smith of Yale University). The book examines changes in race relations in American politics and history. It received the 2000 Horace Mann Bond Book Award from Harvard University's Afro-American Studies Department and W.E.B DuBois Institute. His other publications include:

"Bill Clinton and the Politics of the New Liberalism," in Adolph Reed, Jr., ed., Without Justice For All: The New Liberalism and Our Retreat From Racial Equality. Boulder, CO: Westview Press, 1999.

"The Election and Governance of John Daniels as Mayor of New Haven and the Failure of the Deracialization Hypothesis," in Huey L. Perry, ed., Race, Politics, and Governance in the United States. Gainesville: University Press of Florida, 1996. (With Mary Summers)

"Court and Country in American Politics: The Democratic Party and the 1994 Election," in Philip A. Klinkner, ed., Midterm: The 1994 Elections in Perspective. Boulder, CO: Westview Press, 1996.

"The Daniels Election in New Haven and the Failure of the 'Deracialization Hypothesis." Urban Affairs Quarterly, 27 (December 1991): 202-215. (With Mary Summers).

The Unsteady March: The Rise and Decline of Racial Equality in America
This site is maintained independently by the department or office named above and may not necessarily reflect the views of the College or the Trustees.