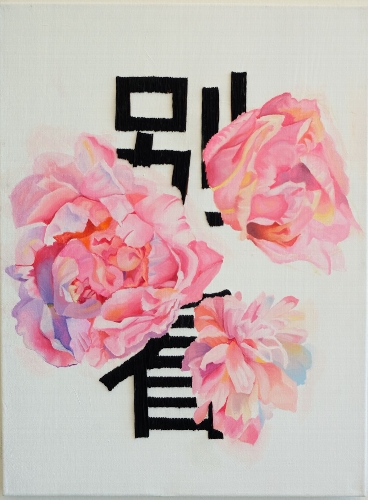 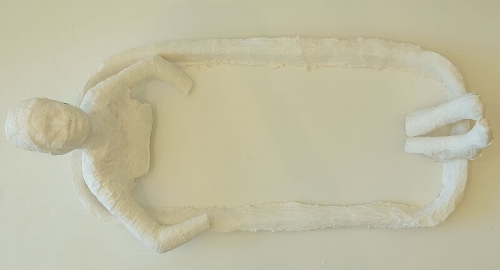 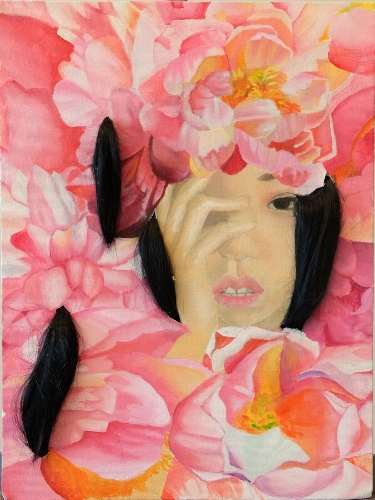 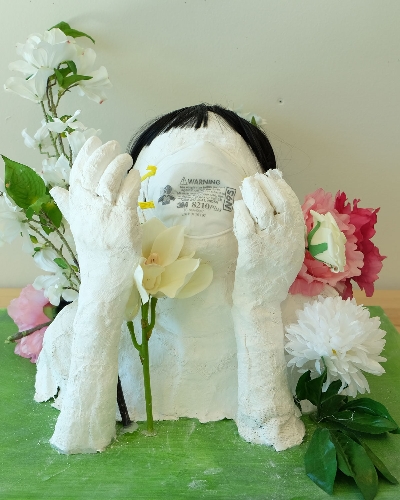 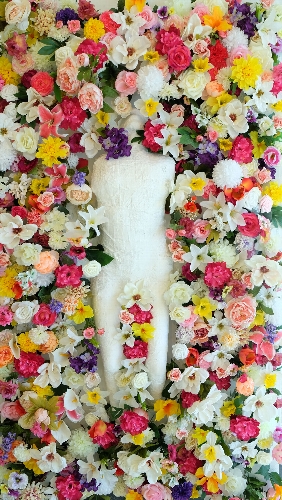 The word “monster” is usually associated with negative connotations. People are afraid of things that creep in the night, but rarely are they aware of the monstrosities camouflaging among them. I am a monster, but I am not a nightmare. Experiencing childhood in the US and undergoing adolescence in China, I was created through the collision of two conflicting cultures. As I grew into an adult, people became increasingly perplexed because of their inability to label me.

In my work, I want to introduce how I feel as a monster and heighten people’s awareness of their perceptions towards a monster. The dynamic between artist, art, and the viewer is split and bordered. My work is loud, crude, flamboyant, but hovers on the edge of seduction and repulsion. I have chosen to work with materials like fake plastic flowers, plaster bandaging, and synthetic hair to portray the collisions that I feel as a person who’s ground is always shifting.